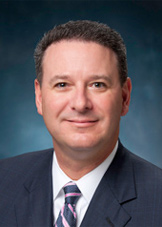 As president of HCA Healthcare’s Gulf Coast Division and HCA Houston Healthcare, Troy A. Villarreal is responsible for the management and operations of hospitals, emergency and surgical centers, and diagnostic facilities from Conroe to Texas City, as well as Houston to Corpus Christi and south Texas.

He earned his bachelor’s degree in psychology from Texas A&M University and master’s degrees in healthcare administration and business administration from the University of Houston-Clear Lake. He is a fellow in the American College of Healthcare Executives and serves on the UHCL Healthcare Administration Executive Advisory Board, the Texas Hospital Association’s Council on Policy Development Board and the Greater Houston Partnership Board.

Villarreal is a graduate of Leadership Plano Class 27, having served on the organization’s executive committee board, strategic planning committee and alumni committee. He also served as campaign cabinet chair for the Plano Chamber of Commerce and as an advisory board member of the United Way of Greater Dallas. 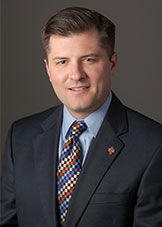 Ray earned a bachelor’s degree in finance and economics from Mississippi State University, as well as master’s degrees in business administration and health administration from The University of Alabama at Birmingham. As associate member and fellow of the American College of Healthcare Executives, Ray’s accomplishments have been recognized by the Birmingham Business Journal as a “Birmingham Healthcare Leader to Know” from 2012-2018. He was also an esteemed member of the Birmingham Business Journal's 2016 "Top 40 under 40." In Houston, Ray serves the community through participating at the board level for the American Heart Association and The Center for Houston's Future. 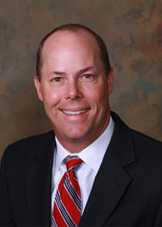 Sliwinski has held various financial roles in healthcare, having served as CFO at The Woman’s Hospital of Texas and controller of the HCA Healthcare’s Gulf Coast Division. His prior experience also includes financial positions at Baptist Memorial Healthcare System in Memphis, Tennessee and The Children’s Hospital of Buffalo, New York.

Sliwinski earned a bachelor’s degree in business administration with a concentration in accounting from the State University of New York at Buffalo. He serves on the Northern Brazoria County Education Alliance Board of Directors and is treasurer of the Pearland Independent School District Booster Club.

Nations’ role as CNE is to set a new standard of care for patients across the Greater Houston Area, Corpus Christi and the Rio Grande Valley. Through collaboration with HCA Healthcare teams across the country, as well as with local community leaders, Nations defines the roadmap to a better care experience managed by a compassionate, highly skilled nursing workforce. She was instrumental in the development of the $3.5 million gift to the University of Houston College of Nursing and drives all levels of care provider programs, from high school to graduate education.

Nations holds a Doctorate in Business Administration with a focus in Organizational Development from Northcentral University, as well as a bachelor’s degree in nursing and a master’s degree in healthcare administration from Texas Woman’s University in Houston. She is certified through the American Nurses Credentialing Center as a Certified Nursing Executive.

Nations is proud to continue her commitment to improving the field of nursing through her participation on the following boards: March of Dimes, Good Samaritan Nursing Foundation and University of Houston College of Nursing advisory council.

With over 20 years of nursing experience with HCA Healthcare, Nations served as a nursing leader at HCA Houston Healthcare Clear Lake, Conroe, Southeast, and Mainland. She believes that what matters most to our diverse and talented colleagues is giving people the absolute best healthcare possible. Every day, we seek to raise the bar higher, not just for ourselves, but for healthcare everywhere.